A 21-year-old Kenyan student has been charged with harrassing the husband of his alleged lover after sending him nude and intimate pictures of his wife.

The accused, Steven Wanjohi Kamande appeared before Nairobi Chief Magistrate Wendy Kagendo of the Milimani Law Courts on Monday, February 14 and denied the three criminal charges levelled against him by the state of sending false information, threatening to kill and wrongly distributing obscene material.

The court heard that Wanjohi who is a student in one of the universities in the city unlawfully distributed his intimate photos with Esther Nduta Githinji with the intention to cause fear to her and her husband Joel Thuo. 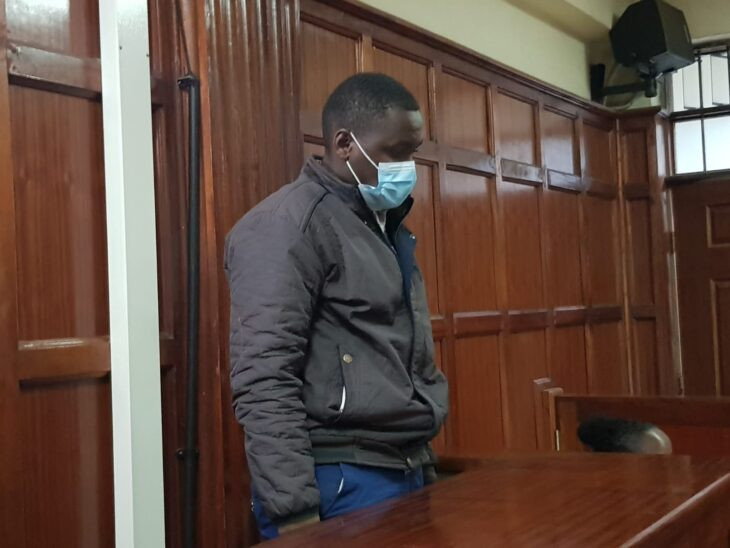 The suspect allegedly sent his intimate photos with the woman to her husband as proof that he was having an affair with her.

He was also charged with wrongly distributing obscene and intimate images of Nduta the alleged wife of the complainant knowingly to be false and calculated to cause fear to the said Thuo and his family.

The suspect is alleged to have sent the photos via his Facebook page on diverse dates between May 1, 2021, and January 14, 2022.

The charge sheet against Wanjohi states that “On the diverse dates at an unknown place knowingly published false information saying ‘unasemanga uko na bibi‘ using your Facebook account Steven Kamande to Joel Thuo Mwangi knowing it to be false and calculated to cause fear and panic to the said Joel and his family.”

The accused was further charged with a third count of threatening to kill Nduta and her entire family between the same dates at an unknown place within the republic of Kenya following the revelation of the information.

After denying the charges the accused person sought to be released on reasonable bail terms as he is willing to abide by all conditions set by the court.

He also sought to be supplied with all the evidence material the state seeks to use during the trial of his case.

The prosecution did not oppose his release and the magistrate ordered his release on a bond of Ksh100,000 or cash bail of a similar amount with one contact person.

'My husband had threatened in the past to kill our children''- Woman whose...

Kids are a burden – Media personality Kamene Goro reveals she won't be...