The Nigerian Army, 81 Division, has revealed that there will be a 21-artillery-gun salute to honour the late Ernest Shonekan.

The Division’s spokesperson, Osoba Olaniyi, made this known in a signed statement, adding that the salutation will hold on Friday, Feb. 4, at Ebony Vaults and Garden, Ikoyi, Lagos State.

Mr Osoba told those who live and work around Ikoyi not panic on hearing the gunshot salute. 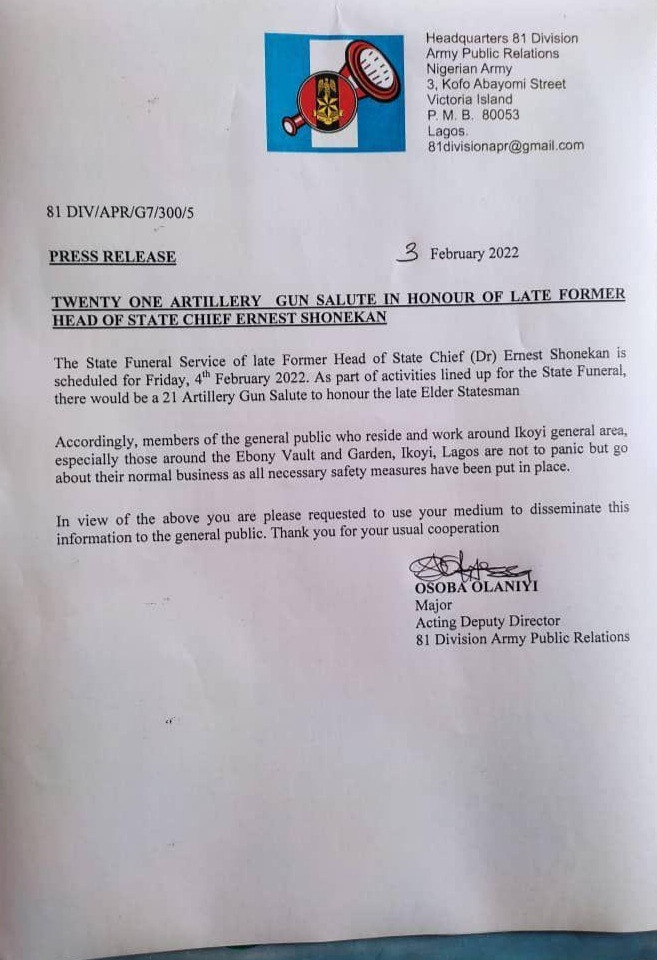 He was in deep pain asking for help - Man mourns his 29-year-old brother...

US woman finds $3m lottery ticket while checking through her junk email...