"If I was still with Timaya, you can never be friends with him" Timaya's baby mama, Tamara, slams Caroline Hutchins over alleged relationship with the singer

Tamara Sinclair has slammed Caroline Hutchins, formerly Caroline Danjuma, following reports that the former actress and Timaya had an affair.

An Instagram account alleged that Caroline and Timaya had a sexual relationship which Timaya no longer wishes to continue and Caroline has refused to let him go.

She denied dating Timaya and said they are just friends.

The Instagram account stood by its report and insisted that Timaya is the one going around town, telling people of their alleged affair.

In her response, Caroline fingered one of Timaya's children's mothers, Tamara Sinclair, as the one behind the story shared by the Instagram account.

"Tamar I see your hand work... you will be fine," Caroline wrote at the end of her comments. 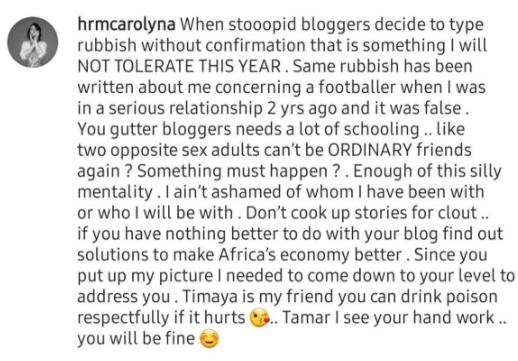 Tamara has now responded. She blasted Caroline and called her a colanut (something shared around).

She concluded her post, writing: "P.S, I don't know what story he told you, but, if I was still with Timaya, you can never be 'friends' with him! Know that little girl." 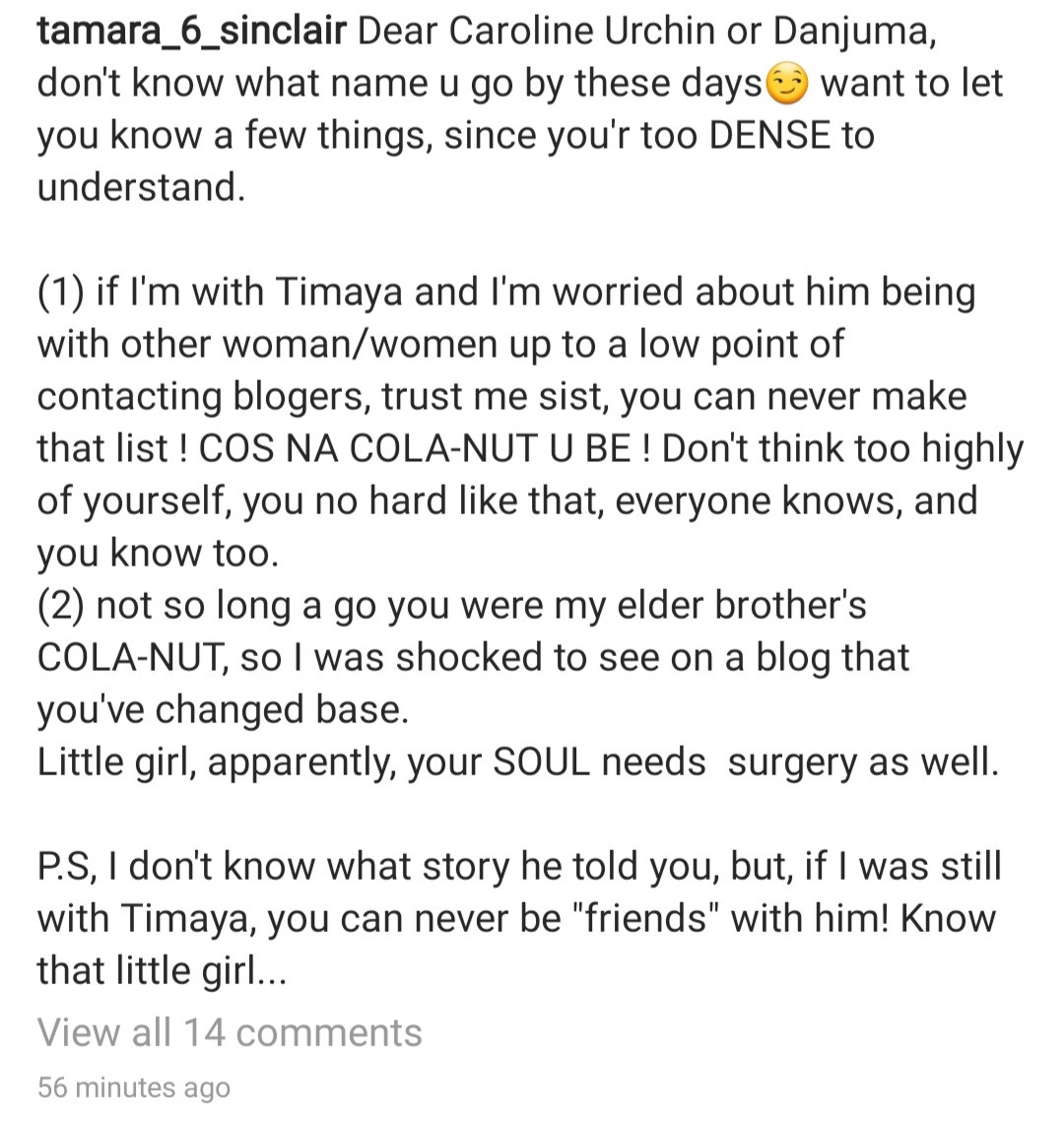 Senate passes harmonised electoral bill with other modes of primaries

Princess Cristina of Spain separates from husband after 24 years of marriage...